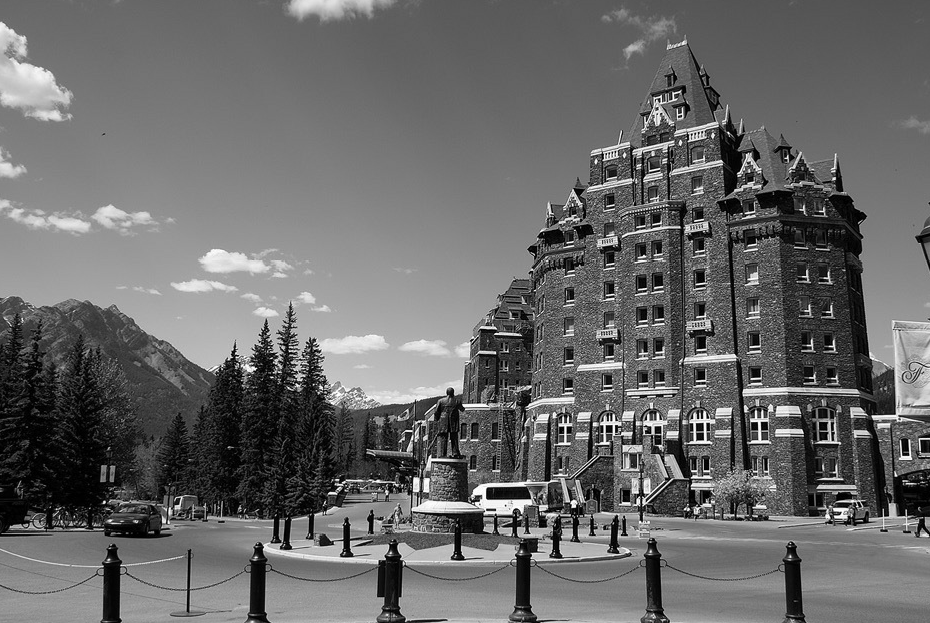 Mineral hot springs were discovered in Banff, Alberta in 1885 by Franklin McCabe and William and Thomas McCordell.  They staked a land claim hoping to profit from potential tourism to the hot springs, but they were convinced to sell out to Van Horne and the Canadian Pacific Railway.  Van Horne purchased the rights for $675 to each of them, though he believed the potential in land development was worth closer to one million dollars. 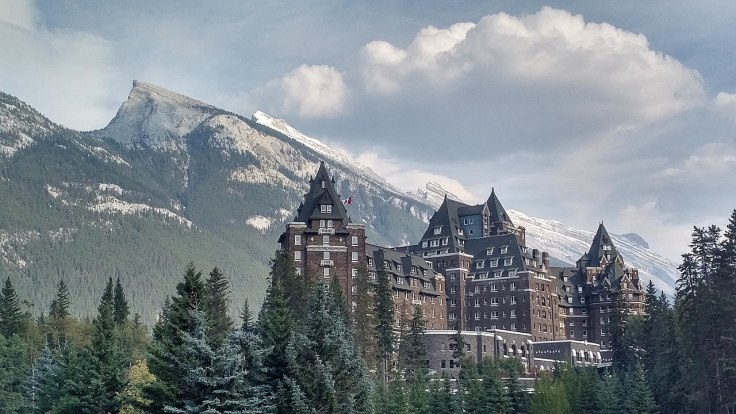 Van Horne used his connections with the Canadian government to get the area declared a national wildlife park, one of the first in Canada.  He also got permission to build his resort at the park, which opened in 1888 serving 280 guests.

Architect Bruce Price was hired to build the resort.  Van Horne realized when the hotel was complete that the guest rooms faced the wrong way, and the chefs in the kitchen actually had a better view.  This was corrected by building a rotunda in front of the kitchen.

The Banff Springs hotel started out as a summer resort catering to tourists who took to the Bow River to canoe, take guided tours in the mountains, golf, or visit the hot springs.

The resort proved so popular that in 1911, architect Walter S. Painter was brought on to build a new chateau.  It was built with rundlestone, which changes from blue stone to brown when exposed to sunlight.  The Rundle chateau opened in 1914 and had U.S. President Teddy Roosevelt as a guest (I have no idea where/if he rode a moose but it seemed fitting)

Additions were added in 1925 and 1926, which is when the original wooden building was lost in a fire. In 1939 King George VI, with his wife Queen Elizabeth visited with the Prime Minister William Lyon Mackenzie King at the Banff Springs Hotel (this photo confused me at first as I didnt know his wife was named Elizabeth also, like the current queen their daughter).  In 1969, the resort opened up for the winter season for the first time.

Presently, the Fairmont Banff Springs Hotel employs around one thousand employees (2016) serving the guests in 778 guest rooms.  There has been no regular train service to Banff since 1990, but the “Rocky Mountaineer” stops there periodically.

Rails Over the Mountains – Ron Brown